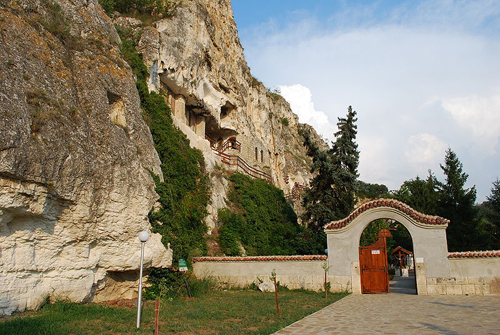 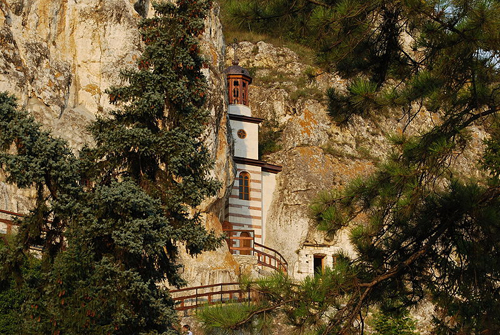 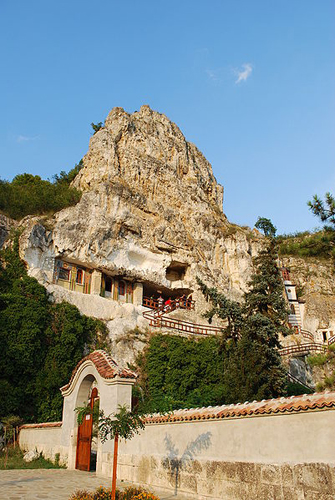 The earliest historical records for the monastery date back to the 15th century and are found in some Ottoman Empire’s tax registers. A description of a land property (so-called “timar”), owned by the Wallachian leader Ivanko Basarab, father-in-law of Tsar Ivan Alexander, is found in one such register. This “timar” is the first written document that mentions the name of the village of Basarbovo as “the Basarab monastery”. In 1911, a Committee on Historical Remains was established at the National Archeological Museum in Sofia with its main task being the elaboration of an archeological map of Bulgaria. The famous Czech traveler, Karel Skorpil, who had carried out scientific trips across Bulgaria in 1887 and 1892, was invited onboard for the job. In 1912, Skorpil set off on a trip down the Lom rivers, visiting and describing the Basarbovo monastery.
The year, in which the monastery was left without permanent dwellers during the Ottoman rule of Bulgaria, is not known. The then-future bishop of Smolyan, Tihon, took care of the monastery in 1919, while in 1937, a monk named Hadji Hrisant from the Preobrazhene monastery settled there and started to restore the monastery. A Committee for the Construction of a “St. Dimitrii of Basarbovo” Chapel was established the same year. The first job of the committee was to build a monk’s cell in the fenced yard of the monastery. The cell was consecrated on May 14, 1937 but it existed only until 1940 when it was destroyed by a flood. After the flood, Father Hrisant started to raise donations for the monastery and within a month, he raised enough funds for the construction of two cells against the church. They were finished on August 30, 1940.
The saint, whose name the monastery carries, is mentioned by St Paisii Hilendarski in his “Slav-Bulgarian History”. St. Dimitrii of Basarbovo was born in 1985 and lived a simple life of a layman. After he died, his relics were transferred to the village of Basarbovo and reportedly helped to heal many a man. During the 1768-1774 Russian-Turkish War the relics were transported by General Peter Saltikov to Bucharest and placed with the Metropolitan (currently Patriarch’s) church “St. St. Constantine and Elena” where they are still to be found.
At present, the Basarbovo rock monastery is still functioning, and is well kept and taken good care of. Pilgrims enter a planted yard, while a path leads to a well, dug by Reverend Dimitrii himself. Two rooms and a cave-refectory built in 1956 are situated at the foot of the rocks. 48 stairs lead to a rock landing. A niche, in which Reverand Dimitrii slept according to the legend, can be seen there. To the right, visitors can see the rock church with a carved wooden iconostasis, made in 1941. A large icon of the saint, where he is depicted at full height surrounded by 10 scenes of life with inscriptions in Romanian (with Cyrillic letters) and Greek, hangs next to it. Other stone stairs lead to a natural cave, where monk Hrisant was buried. Later, the cave sheltered the bones of other deceased monks of the monastery. Some years ago, the bones were buried in the monastery’s graveyard, while the bone-vault currently hosts a museum exhibition.