The monastery of Agia Triada, Crete 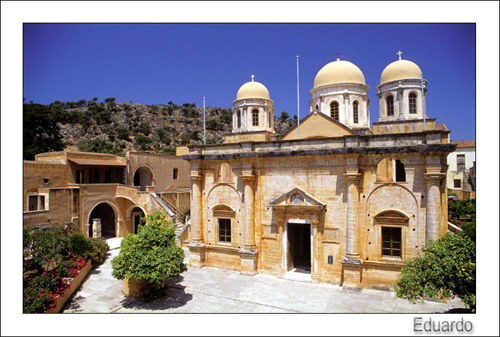 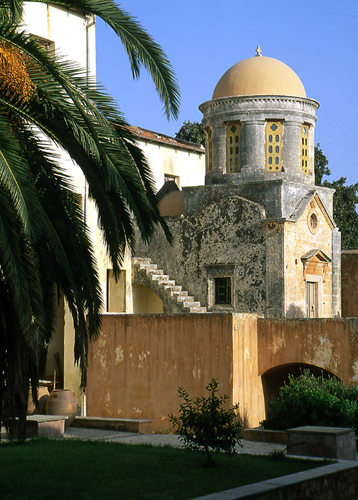 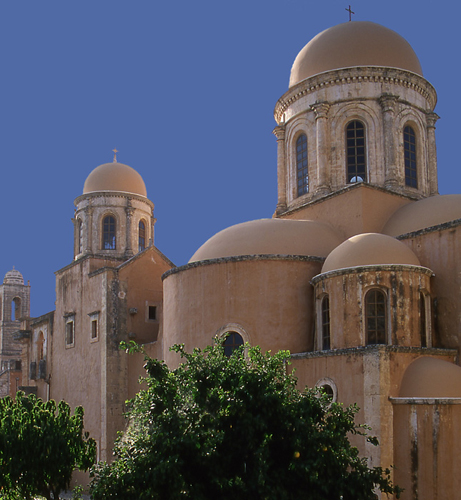 The monastery of Agia Triada (Holy Trinity) was built in the seventeenth century by two brothers of the Venetian Zangaroli family--monks who had converted to the Orthodox faith. It was built on top of a pre-existing church. The church itself is of Byzantine cruciform architecture with three domes. 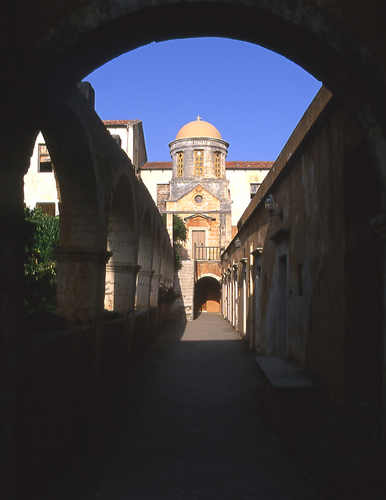 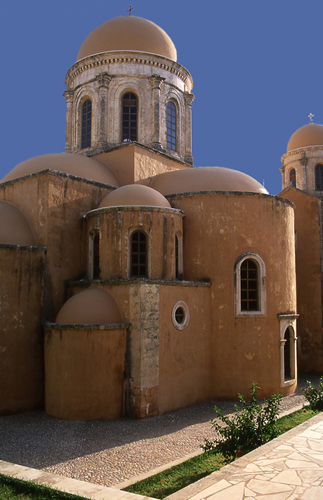 The larger one is at the intersection of the aisles, while the smaller domes are at the back. The two chapels of the church also have domes, as does the chapel of Sotiras which is independent of the church. The church has a narthex at the front which is at right angles to the main aisle and much wider than it. The main church is dedicated to the Agia Triada and the two side chapels to Agios Ioannis Prodromos. The church is a very good example of the heavy, decorative Western-style influence in the exterior decoration of Byzantine churches. The facade of the church has double columns of Ionic and Corinthian style and an inscription. A large bell tower was added later, in 1864. There are two inscriptions at the entrance to the church: one in Latin and one in Greek, representing the background of the founders. The monastery was an important theological school in the nineteenth century.