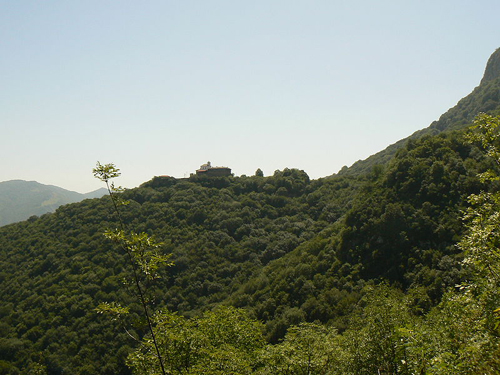 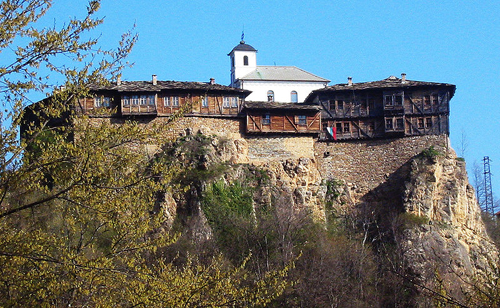 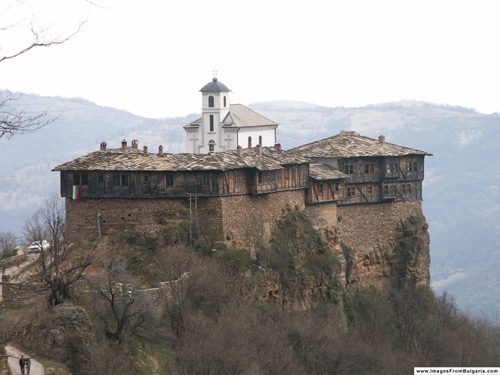 According to the monastery’s annals, the cloister was built in the 13th century by the Ukrainian prince Glozh, who settled in the area with the agreement and help of the Bulgarian king Ivan Assen II. Close to the village of Glozhene (named after him) and the river of Cherni Vit, Prince Glozh established a cloister, dedicated to St George the Victorious, an icon of whom he carried with him on all the way from the Ukrainian lands. According to the legend, shortly after the establishment of the monastery, the icon repeatedly disappeared from the cloister, only to be found later on a hill not far away from the village where currently lies the present-day monastery. Those inexplicable disappearances of the icon were interpreted by the monks as a god’s sign that the monastery had to be moved to the hills, which they eventually did in the end of the 14th century. For a short period of time, the two monasteries existed and functioned in parallel, connected by an underground tunnel. This underground shortcut was used more than once by the Apostle of Freedom, Vassil Levski as an escape route while fleeing from his Ottoman persecutors. Unfortunately, the tunnel was filled up and became unusable after an earthquake in 1928. Besides Vassil Levski, the monastery also hosted the famous Bulgarian man of letters, Vassil Drumev, King Ferdinand, who is a baptised catholic, ordered that the passionate orthodox Drumev was kept into custody in the monastery after a religion-based clash between the two. Drumev was kept prisoner in the monastery over 15 months, during which his diet consisted of salted fish and fresh water, complemented by other food given him secretly by the pitiful monks through an unnoticeable hole in the ceiling. Vassil Drumen was set free after the fall of the Stambolov government.
The monastery church was beautifully decorated with wall paintings, which unfortunately existed only until 1913 when an earthquake ruined completely the church. The present-day church was built in 1951 in the place of the preceding one and represents a relatively narrow but a high building.