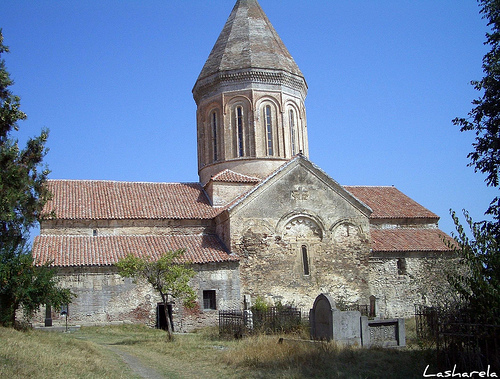 The church was established in the 6th-century by Stephen, one of the Syrian Fathers. These were 13 monks who came from Syria to Georgia in the 6th century. Each one established at least one monastery throughout the country. They left an indelible and continuing influence on Georgian culture. St. Stephen's tomb is to the left of the altar. During the 19th-century, the Russians white-washed over the frescoes. And of course, the church was closed throughout the Communist era. Monks returned to Khirsa only 3 years ago. Repairs and improvements are being made and some frescoes have been salvaged, though the work is just beginning. But Georgians are a patient people.