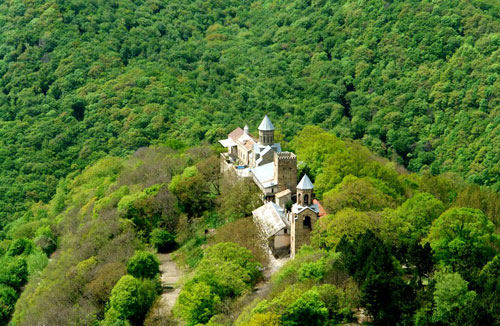 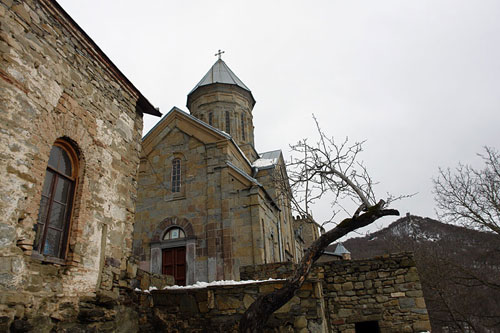 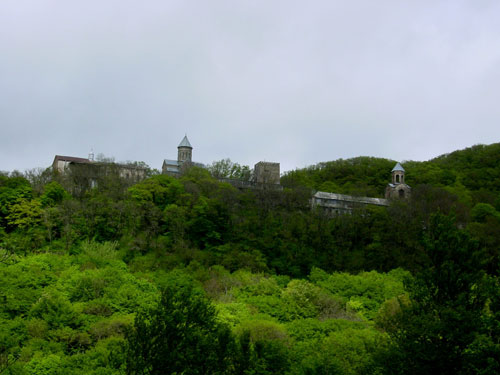 In a several dozen kilometers from Tbilisi, a monastery founded by father Anton of Martkopi in the 6th century is to be found. He spent the last 15 years of his life there. He lived as a hermit, what is implied by the "of Martkopi” designation in Georgian. From this designation came the name of the Georgian village Akriani, which initially was called Martodmkopeli and later Martkopi. The monastery itself is situated on the most beautiful slope of Mount Ialno. The main building is the church of the Divine-Made Icon. The remains of an ancient foundation indicate that on the place of the contemporary cathedral there was an ancient cathedral of greater size, but for some reason in was destroyed. On the threshold of the XVII-XVIII centuries it was reconstructed and the belfry, which was constructed in 1629 by master Akhverd, belongs to this period. In the XVII century the ancient frescos were destroyed and in 1848-1855 under the leadership of Ivane Arjevanidze, the monastery was restored. For a long time, a Divine-Made image brought by St Anton of Martkopi from Edessa was stored at the monastery. But in 1395 it was lost during the Tamerlane invasion. The most sacred place of the monastery is the tomb of St Anton of Martkopi, which has been preserved to this day and is considered miraculous. East of the monastery there is a tower where evidently resided the saint.