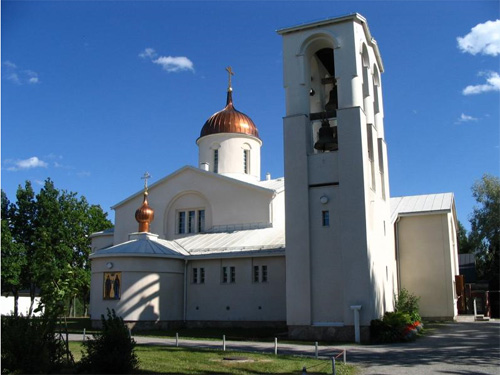 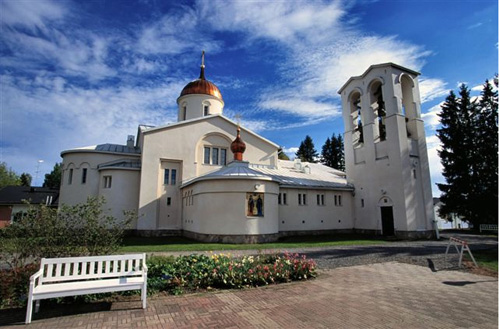 New Valamo or New Valaam (Finnish: Uusi Valamo) is an Orthodox monastery in Heinävesi, Finland. The monastery was established in 1940, when some 190 monks from Valaam Monastery in Karelia were evacuated from their old abode on a group of islands in Lake Laatokka (Ladoga) to Eastern Finland.
After a temporary dwelling place the monks decided to settle down in Heinävesi in Eastern Finland. The choice fell on a mansion in Papinniemi, Heinävesi, after the monks had found there, quite surprisingly, an icon of St. Sergius and St. Herman, the founders of Valaam (Valamo) monastery in the 12th century. The monks considered this to be a sign from God.
Having received evacuees from the Konevsky (Konevitsa) and Pechenga (Petsamo) monasteries, it is now the only monastery for men of the Finnish Orthodox Church. The Finnish Orthodox Church has also a monastery for women, Lintula Holy Trinity Convent, which is situated 18 kilometres (11 mi) from New Valamo, in Palokki, Heinävesi.