The Holy Theotokos of Petrich church 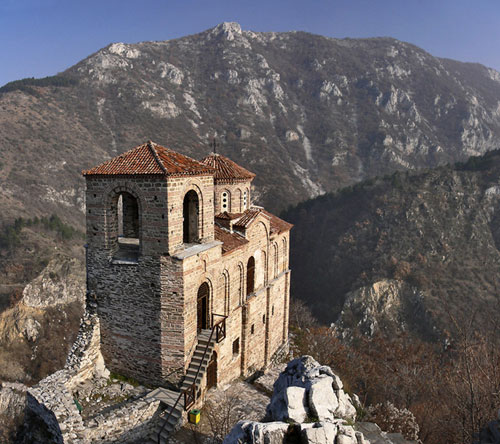 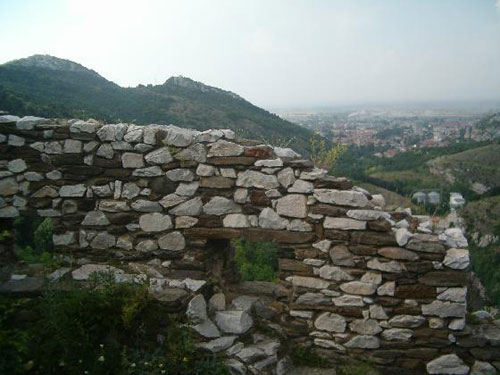 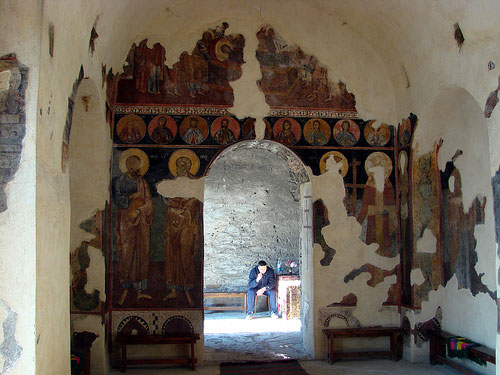 The church of Holy Theotokos in the fortress of Petrich /popular tcar Asen's fortress/ in Assenovgrad (Bulgaria) is builded in XI cen.The position of the fortress and the church itself makes an impression. 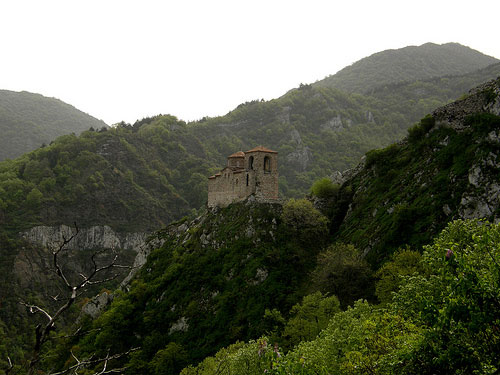 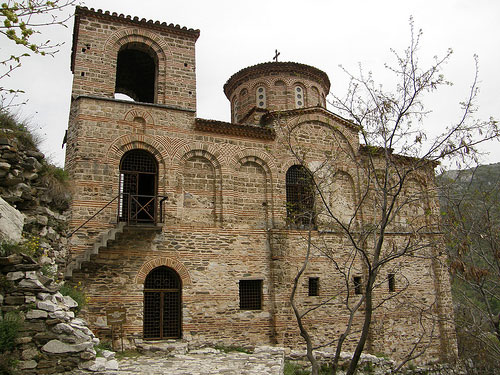 It stands on a limestone rocky peak at the left waterside of the Asenitsa River, just at a place where the gorge of the river is suddenly narrowed in almost vertically rocky watersides. The rocky peak rises over 130 m above the town and more than 100 m above the river.Asen's Fortress is one of the most interesting and often visited medieval monuments in Bulgaria. 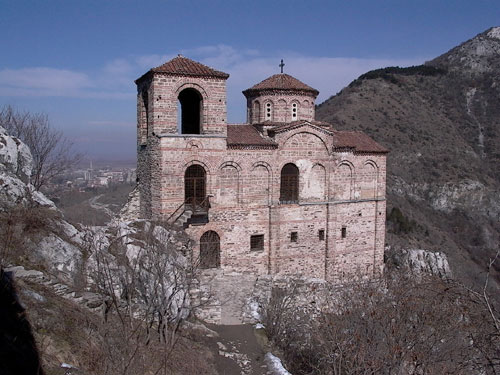 The medieval fortress is situated on the top of an enormous rock on the left bank of the Assenitsa River, 3 kilometers south of Assenovgrad. The first to build a stronghold there were the Thracians in the 5th — 4th c.B.C. The fortress was a busy place during both Roman and early Byzantine epochs. The first written data on its existence was found in the Statute of Bachkovo Monastery where it was referred to as "the stronghold of Petrich". During the Middle Ages the fortress was subjected to largescale construction work, the most significant part of which was done in the 13th century under tsar Ivan Assen ²². An eight-line inscription in Bulgarian at the entrance of the fortress commemorates his glory. "In 6739/1231/, Indiction 4, Ivan Assen, by God's will Tsar of the Bulgarians, the Greeks and other peoples, installed Alexi Sevast here in power and erected this fortress". 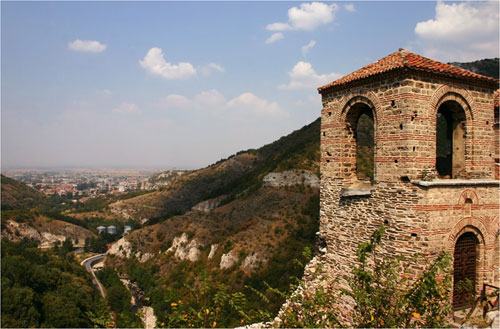 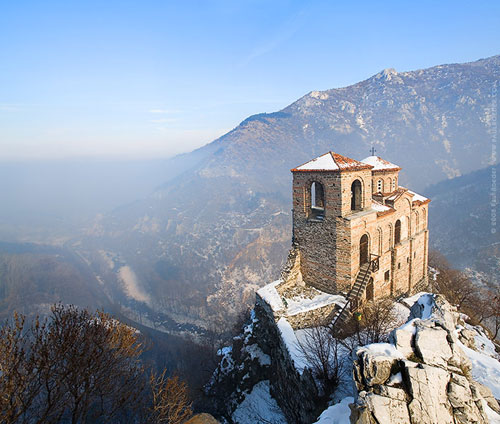 It was this inscription that encouraged people later to give Petrich Fortress a new name — Assen's Fortress and to rename the nearby town of Steinmachos Assenovgrad. Thanks to excavation work were found the fortress walls, the castle of the feudal lord and three water reservoirs. But the only preserved and most remarkable building in the fortress is a 13th — century church called St Mary of Petrich. It is two-storey, cross-dome, one-nave church with a wide narthex and a big square belfry above it. 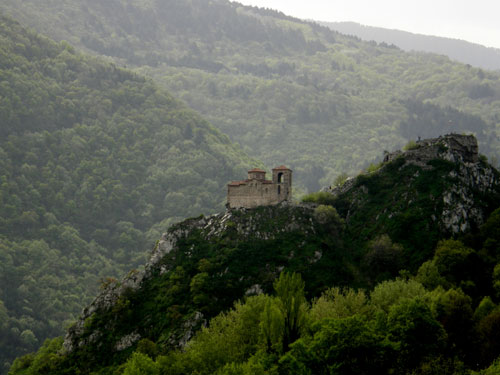 It is for the exquisite architecture, the plastic decoration of the south facade and the fragments of the inique 14th — century murals that this church is said to be one of the best examples of medieval architecture in Bulgaria. 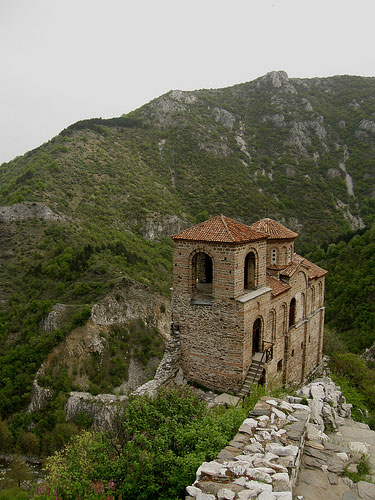 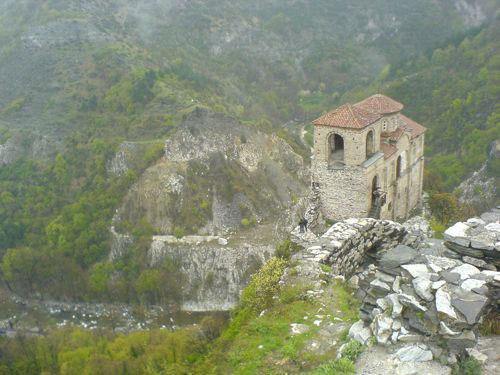 The fortress was conquered by the Byzantines under the heirs of Ivan Assen ²², but in 1344 under tsar Ivan Alexander the Bulgarians regained it. After the Ottoman invasion of the 14th century the fortress lost its strategic position as a frontier stronghold.