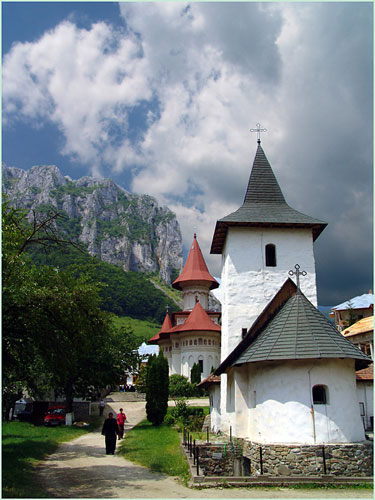 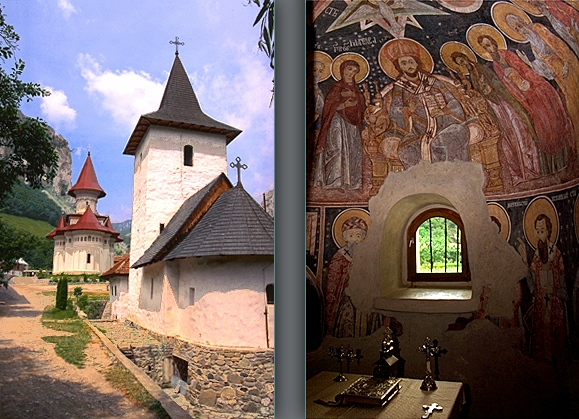 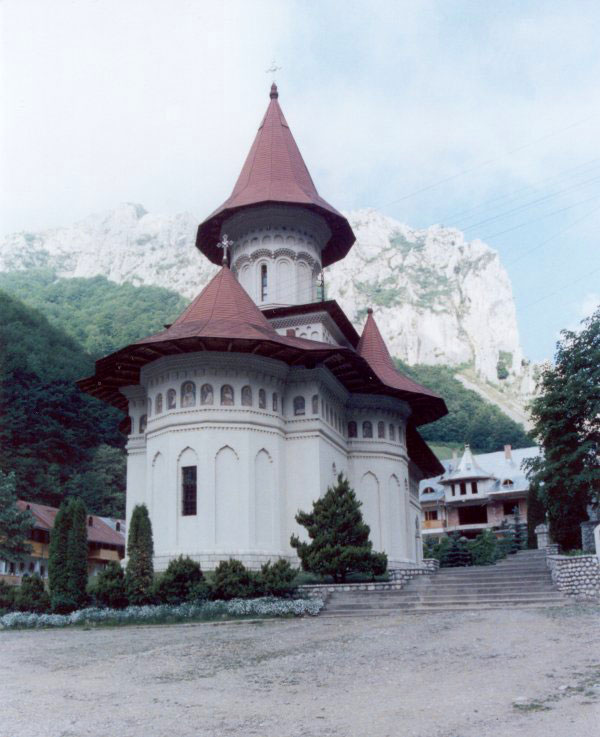 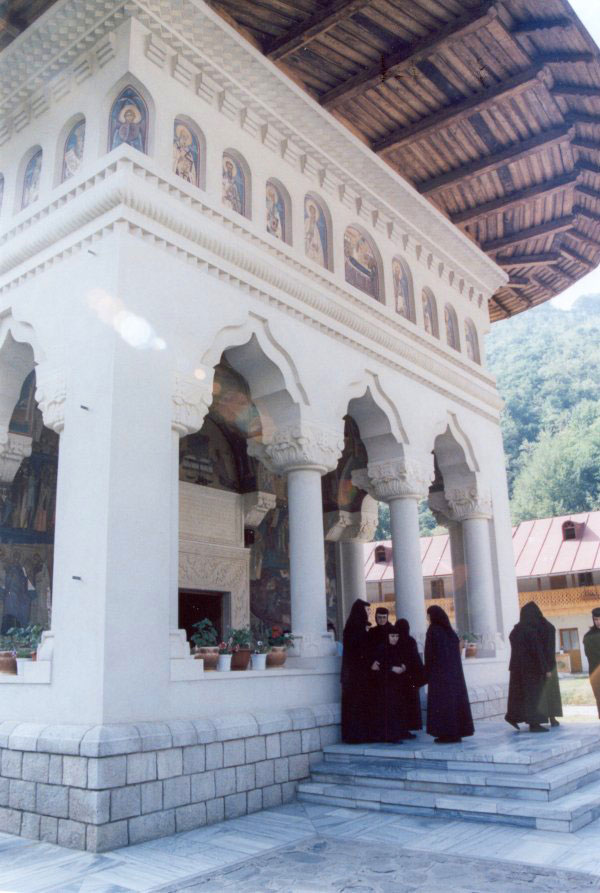 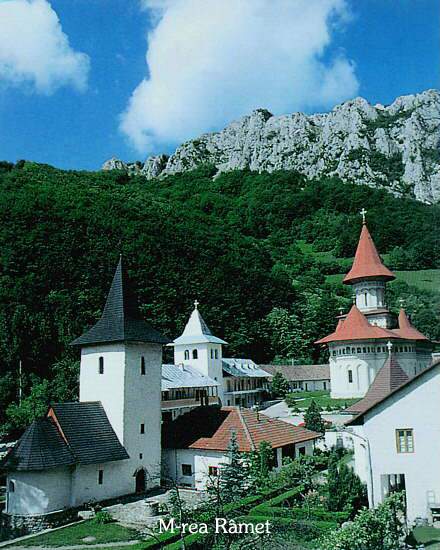 Rameti Monastery is placed by the Geoagiu Valley , in the mountains of Trascau, about 20 kms away from Teius, a town in the district of Alba. The landscape surrouding it is of outstanding beauty.
The monastery is important for the Romanian history and culture. The first people to mention its old age are some of the 20 th century: Nicolae Iorga, Stefan Metes, Virgil Vataseanu. They placed its beginning in the 15 th Century, as it comes out from the inscription stone above the entrance door of the church. More recent researches made use of some special techniques and discovered an inscription written on the second layer of painting which mentions the year 1377. The same inscription bears the name of painter Mihu from Crisu Alb, and what is more important, that of Archbishop Ghelasie. This indicates the fact that the church was built long before the date suggested by the abovementioned historians and that Transylvania has a higher ecclesiastic organisation under the leadership of a hierarch. At the same time, Mihu's painting is to be considered among the oldest mural paintings in the country. The reserches carried out to the present day have revealed seven succesive layers of painting belonging to different periods. The last layer of painting belongs to the 19 th Century. The architecture of the church tries to break away from under the Gotic influence and to promote a more Orthodox pattern.
Ramet Monastery has played an important role in preserving the Orthodox faith oppressed by the Hapsburg domination particularly after 1700. The monastery ran a school which was also devasted in 1762.
In 1969 the monastery set up a museum to exhibit icons on wood, icons on glass, old service books, and an important numismatic collection. According to the local tradition, the people in the monastery and the vecinity have honoured a monk, by name Ghelasie, who seems to have been the archbishop mentioned on the second layer of painting. In 1992 he was canonized by the Synod of the Romanian Orthodox Church.
The need of the believers throughout the whole country to confess and to pray at Ramet Monastery required the building of a new and larger church. The architecture of this church represents a synthesis of the Moldavian and Walachian architectural styles. Its construction began in 1982 and was finished ten years later, when the church was consecrated on June 29, 1992 , and dedicated to the Holy Apostles Peter and Paul.
The monastery houses some 95 nuns and sisters who pray and work according to the holy canons of the Orthodox monasteries