CHURCH OF THE HOLY MOTHER OF GOD - RUŽICA Kalamegdan (Belgrade)

It is located near north-east walls of Belgrade Fortress, under the Zindan gate. In the time of Despot Stefan Lazarević there was an old church of the same name, which was destroyed when the Turks conquered Belgrade in 1521. What is now the church, was a gunpowder storage in the XVIII century, and turned into a military church in 1867-1869. It was heavily damaged after World War I and renewed in 1925. The iconostasis has been made by Kosta Todorović, and the icons it bears were painted by monk Rafailo Momčilović. The wall paintings were made by a Russian artist Andrey Bitsenko. 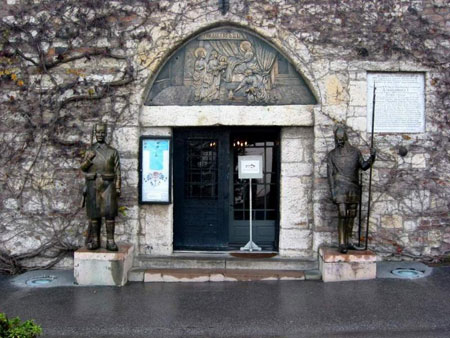 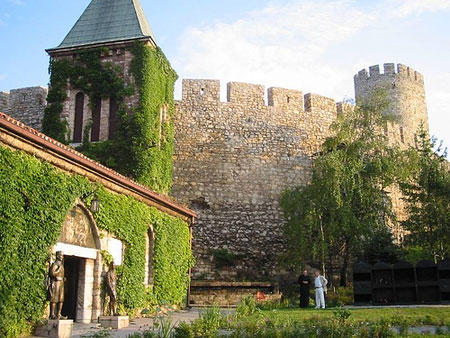 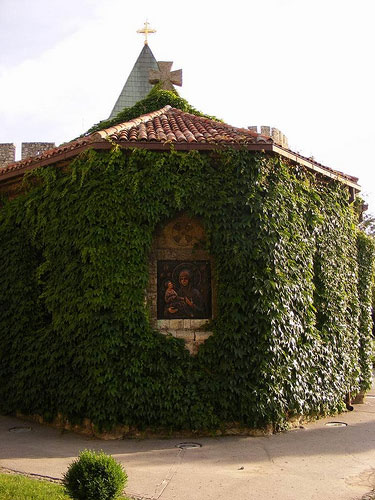 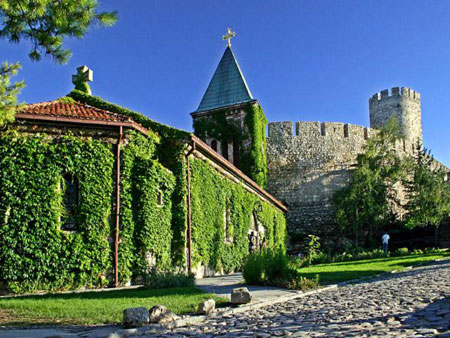 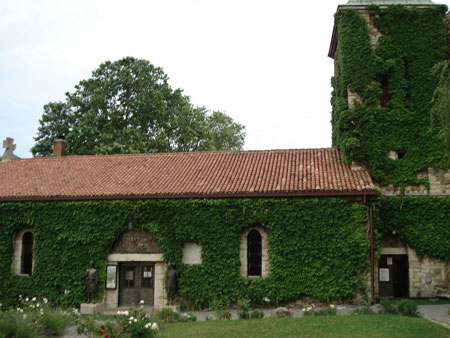 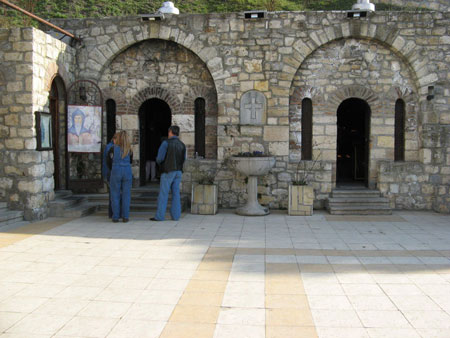 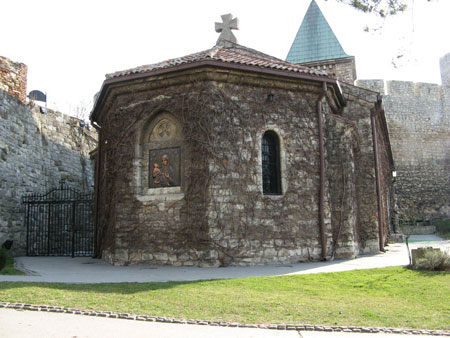 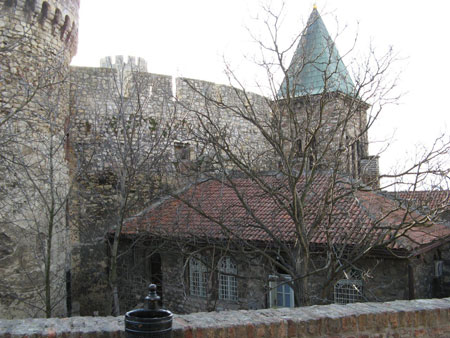 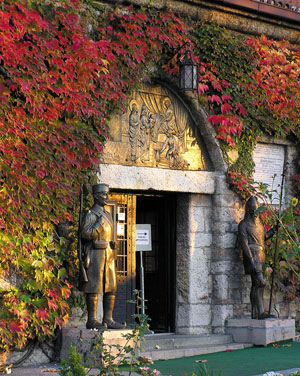