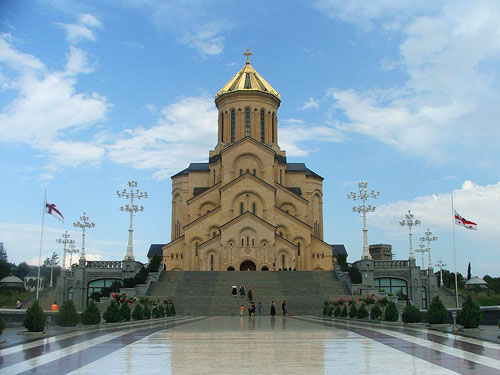 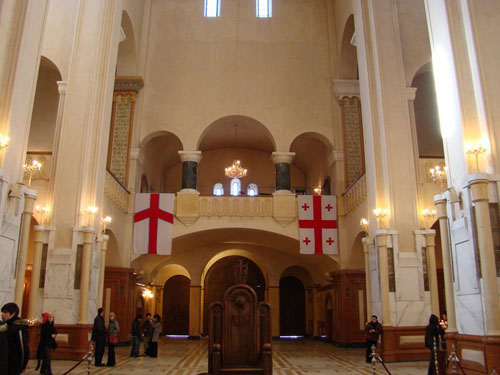 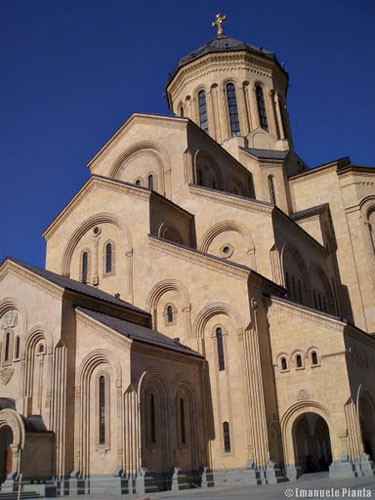 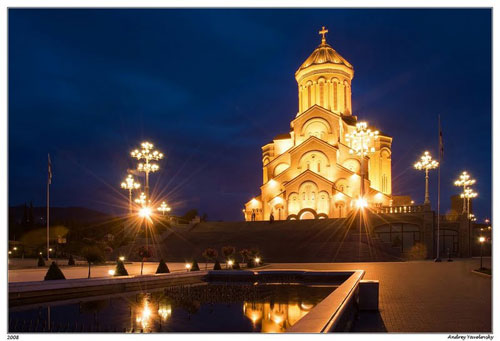 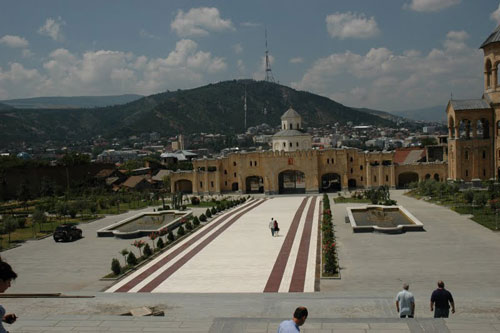 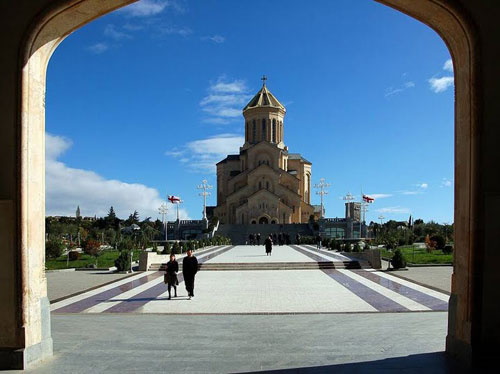 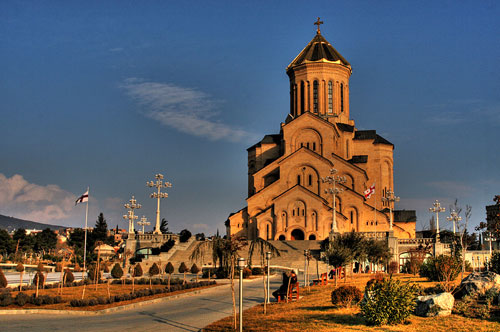 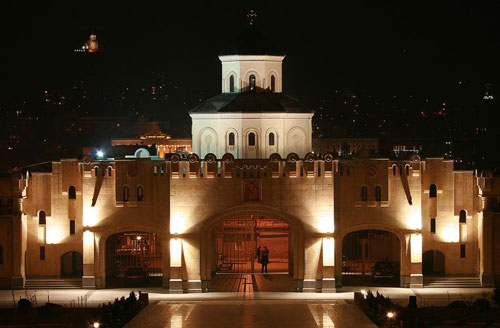 The Tbilisi Holy Trinity Cathedral commonly known as Sameba (Georgian: სამება for Trinity) is the main Georgian Orthodox Christian cathedral, located in Tbilisi, the capital of Georgia. Constructed between 1995 and 2004, it is the largest religious building not only in Georgia but in the region of South Caucasus, and is listed among the largest Orthodox churches in the world.
The idea to build a new cathedral to commemorate 1,500 years of autocephaly of the Georgian Orthodox Church and 2,000 years from the birth of Jesus emerged as early as 1989, a crucial year for the national awakening of the then-Soviet republic of Georgia. In May 1989, the Georgian Orthodox Patriarchate and the authorities of Tbilisi announced an international contest for the project of the "Holy Trinity Cathedral." No winner was chosen at the first round of the contest when more than a hundred projects were submitted. Finally the project of architect Archil Mindiashvili won. The subsequent turbulent years of civil unrest deferred this grandiose plan for six years, and it was not until November 23, 1995 when the foundation for the new cathedral was finally laid. The construction of the church as a "symbol of the Georgian national and spiritual revival" has been sponsored through mostly anonymous donations by several businessmen and common citizens. On November 23 2004, on St. George's Day, the cathedral was consecrated by Catholicos Patriarch of Georgia Ilia II and the high-ranking representatives of fellow Orthodox churches of the world. The ceremonial was also attended by the leaders of other religious and confessional communities of Georgia as well as political leaders.