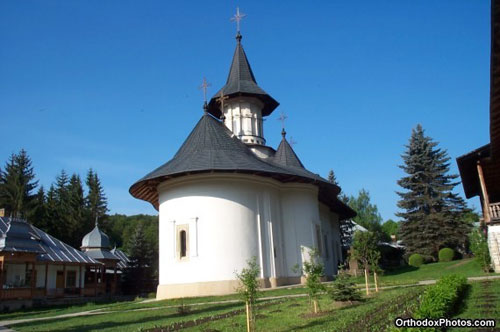 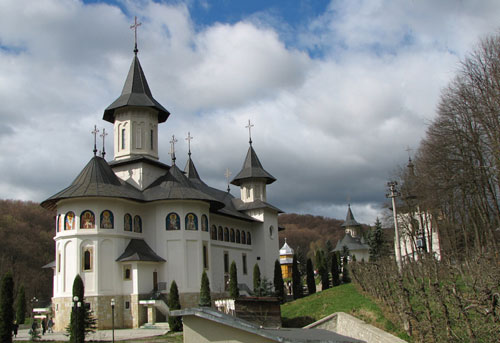 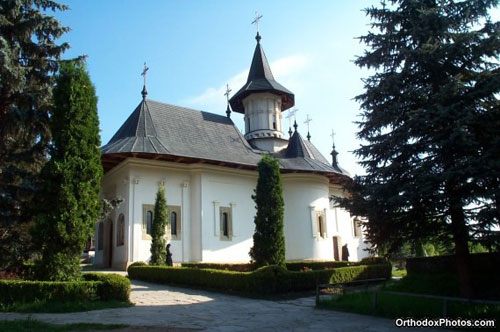 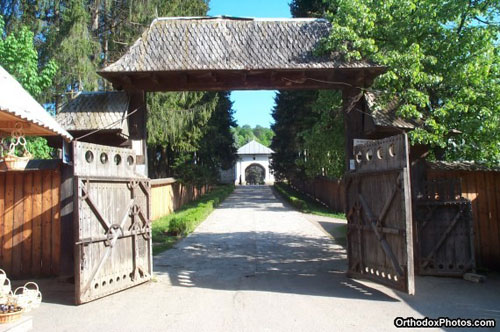 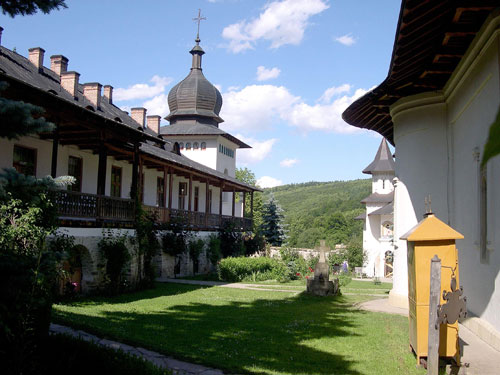 Sihastria Monastery was founded by the wiser Sihastru Atanasie with his seven more apprentices in 1655. In 1734 the bishop Ghedeon of Husi built a new church, made of stone, on the place of the old one.
Not far from here was Sihla hermitage (a monks hermitage) as well as the Cave of the Saint Pious Teodora; the coffin with her relics is kept today at the monastery Pecerska-Kiev under the name of "The pious Teodora from Carpathians.
Burnt by the Turks in 1821, the church was rebuilt in 1824 from river stone and brick, high walls with four sides were raised, having two towers, while in the interior cells and a chapel were made.
The hard years of communism threatened the existence of the monastery, but during this period of the history there would come numerous Christian people, fascinated by the priests Cleopa and Paisie Olaru's wisdom. Their love for God and desire to guide the people to the right way of the Christianity made the two outstanding priests soul saviors. Cleopa was born in northern Romania, the child of illiterate peasants, and he entered Sihastria Monastery in 1934 at the age of 25. He cared for the monastery's sheep for 12 years. The story is told that only the abbot of the monastery knew about Cleopa's remarkable memory, a gift which allowed him to recite long sections of scripture and the teachings of the Church fathers by heart. The abbot gave him books from the monastery library, and Cleopa would read them while he was in the fields with the sheep.
The other monks thought of Cleopa as a simple, uneducated man. Therefore, when the abbot of the monastery was on his death bed and named Cleopa as his successor, the other monks were astonished. Only after the monks told Cleopa of the abbot's wishes and heard him speak to them, quoting the scriptures and did they understand why the abbot selected him to lead the community. As Abbot of Sihastria Monastery, being very busy during the daytime hours, Fr. Cleopa would pray more at night. He would sleep two hours and again two more hours after the service, after which he would perform his entire prayer rule for the day, which took three hours. Over the course of the ten years he spent in the wilderness during his three exiles, he devoted countless hours to the Prayer of the Heart. Even the fingernail with which he would pull the knots of his prayer-rope was deformed because of a lifetime of practicing this prayer.
From 1950 to 1953, Fr. Cleopa left the monastery and became a hermit in the mountain forests due to pressure from the communist authorities who did not like the fact that so many people went to him for spiritual guidance. Nowadays there can be visited the cells where they lived and worshiped their Christian faith.