The St. Alexander Newsky Cathedral (hram-pametnik Sveti Aleksandar Nevski) is a Bulgarian Orthodox cathedral in Sofia, the capital of Bulgaria. It was build in honor of Alexander II The Liberator and the Russian soldiers who died during the Russo-Turkish War of 1877-1878, as a result of which Bulgaria was liberated from Ottoman rule. The construction of the St. Alexander Newsky Cathedral started in 1882 with official ceremony, but it was in fact built between 1904 and 1912. Following an old tradition, the names of all parliament members were put inside a metal box, which was build in the foundation. Constructed in Neo-Byzantine style, it is one of the largest Eastern Orthodox cathedrals in the world and serves as cathedral church of the Patriarch of Bulgaria. With 3170 sq.m. area, the Alexander Nevski Cathedral can accommodate over 5000 people. The interior is exquisitely ornamented with Italian marble, onyx from Brazil, alabaster and other rear minerals. On the arch of the main dome, The Lord's Prayer engraved with golden letters. The cathedral's domes are gold-plated and the main one is 45 m high. The bell tower reaches 53 m and has composition of 12 bells with total weight of 23 tons, cast in Moscow. In the underground level of the temple is the crypt, where in chronological order are arranged over 300 exhibits, mostly icons, but also prints and fragments of frescoes. This is the most representative collection displaying the development of Bulgarian iconography since the 9th century. St. Alexander Newsky Cathedral has become one of Sofia's symbols and primary tourist attractions. In 1924 it is officially recognized national landmark. 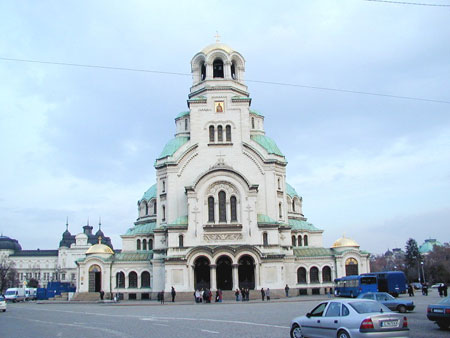 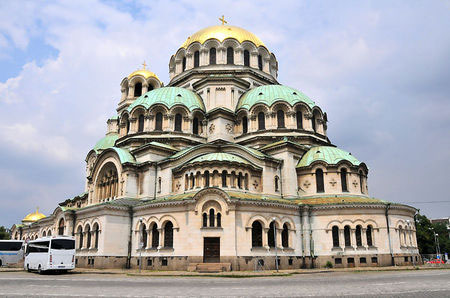 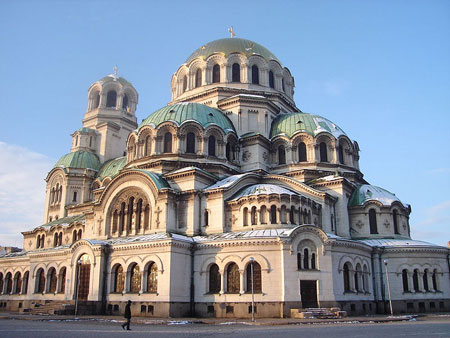 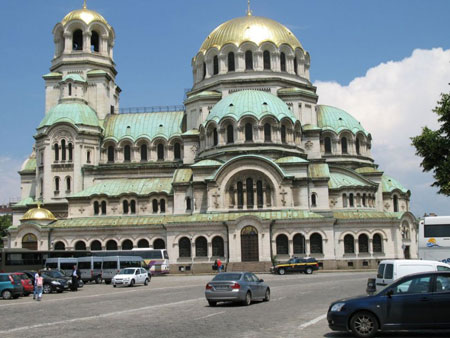 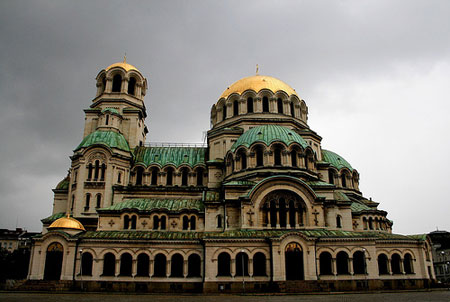 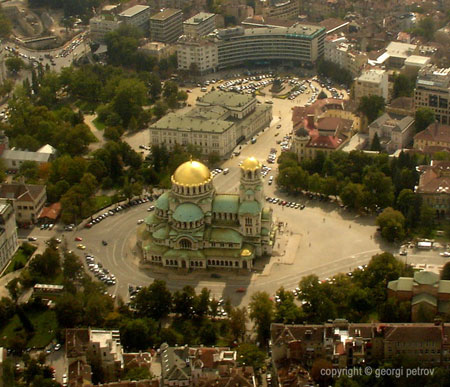 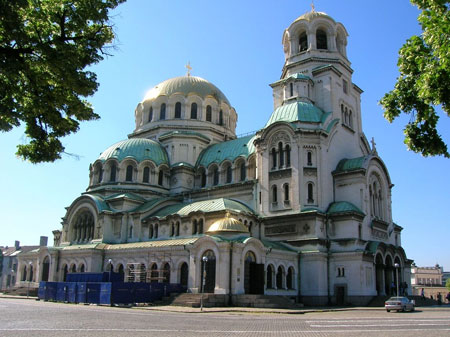