The Great Lavra of St. Sabas 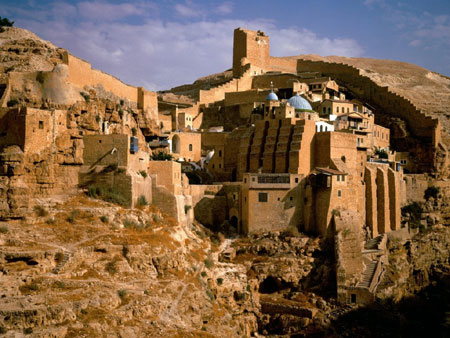 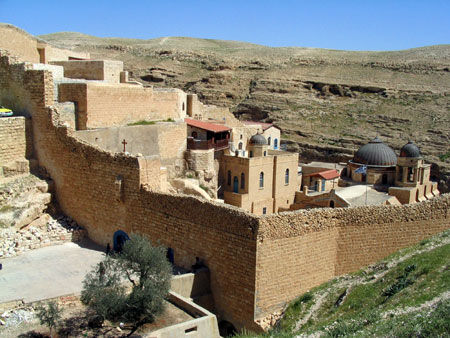 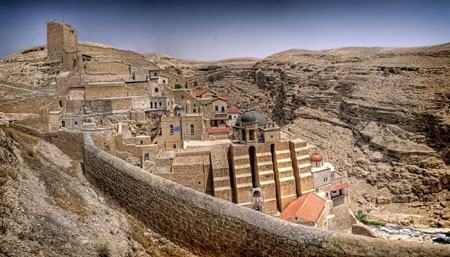 The Great Lavra of St. Sabas, known in Arabic as Mar Saba (Hebrew: ???? ?? ????), is a Greek Orthodox monastery overlooking the Kidron Valley in the West Bank east of Bethlehem.

It was founded by Saint Sabas of Cappadocia in the year 439 and today houses around 20 monks. It is considered to be one of the oldest inhabited monasteries in the world, and still maintains many of its ancient traditions. One in particular is the restriction on women entering the main compound. The only building that women can enter is the Women’s Tower, near the main entrance. 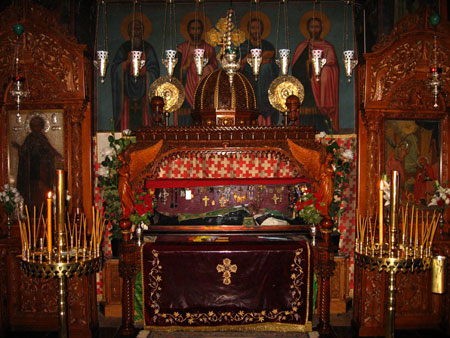 The monastery holds a well-preserved body, and of Saint Saba. 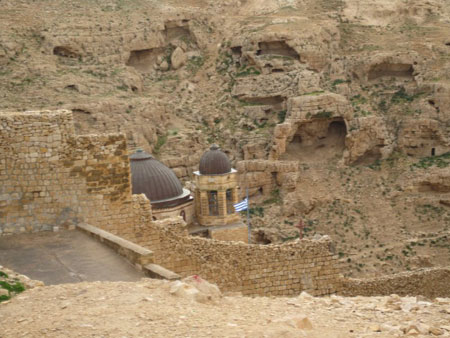 Mar Saba was also the home of St. John of Damascus (b.676 - d.749-754?) St John Damascene was a key religious figure in the Iconoclastic Controversy, who in ca. 726 wrote letters to the Byzantine emperor Leo III the Isaurian refuting his edicts prohibiting the veneration of images or statues of Christ or other Christian icons. John who was born in Damascus and worked as a high financial officer to the Muslim Caliph Abd al-Malik, eventually felt a higher calling and migrated to Palestine, where he was tonsured a monk and was ordained a hieromonk (monastic priest) at the Monastery of Mar Saba. St. John's tomb lies in a cave under the monastery.

The monastery is important in the historical development of the liturgy of the Orthodox Church in that the monastic Typicon (manner of celebrating worship services) of Saint Sabas became the standard throughout the Eastern Orthodox Church. 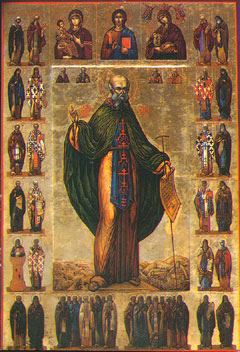 The Venerable Sabbas the Sanctified was a Palestinian monastic who is credited with composing the first monastic rule of church services, the so-called "Jerusalem Typikon". He was a staunch opponent of the heretical Monophysites and Origenist movements. His feast day is on December 5.
He was born in Mutalaska, near Caesarea in Cappadocia of pious Christian parents, John and Sophia, during the year 439. His father was a military commander. Traveling to Alexandria on military matters, his wife went with him, but they left their five-year-old son in the care of an uncle. When the boy reached eight years of age, he entered the monastery of St. Flavian located nearby. The gifted child quickly learned to read and became an expert on the Holy Scriptures. In vain did his parents urge St. Sabbas to return to the world and enter into marriage. 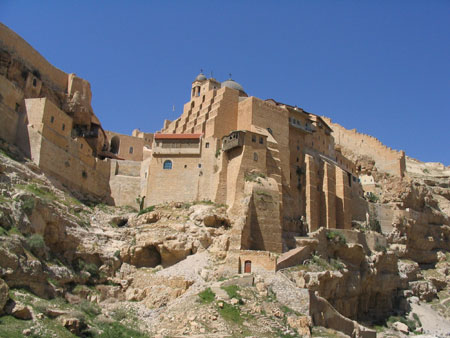 When he was seventeen years old he received monastic tonsure, and attained such perfection in fasting and prayer that he was given the gift of wonderworking. In 456, after spending ten years at the monastery of St. Flavian, he traveled to Jerusalem, and from there to the monastery of St. Euthymius the Great (January 20). But St. Euthymius sent St. Sabbas to Abba Theoctistus, the head of a nearby monastery that practiced a strict cenobitic rule. St. Sabbas lived in obedience at this monastery until the age of thirty. 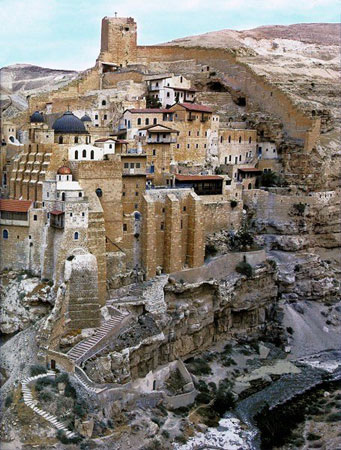 After the death of the Elder Theoctistus, his successor blessed St. Sabbas to seclude himself in a cave. On Saturdays, however, he left his hermitage and came to the monastery, where he participated in divine services and ate with the brethren. After a certain time St. Sabbas received permission not to leave his hermitage at all, and he struggled in the cave for five years.
St. Euthymius attentively directed the life of the young monk, and seeing his spiritual maturity, he began to take him to the Rouba wilderness with him. They set out on January 14, and remained there until Palm Sunday. St. Euthymius called St. Sabbas a child-elder, and encouraged him to grow in the monastic virtues.
When St. Euthymius fell asleep in the Lord (+473), St Sabbas withdrew from the Lavra and moved to a cave near the monastery of St. Gerasimus of Jordan (March 4). In 478, he moved to a cave on the cliffs of the Kedron Gorge southeast of Jerusalem. His hermitage formed the foundation of the monastery later named after him (Lavra Mar Saba) and known in ancient sources as the Great Lavra. After several years, disciples began to gather around St. Sabbas, seeking the monastic life. As the number of monks increased, the lavra came into being. When a pillar of fire appeared before St. Sabbas as he was walking, he found a spacious cave in the form of a church. 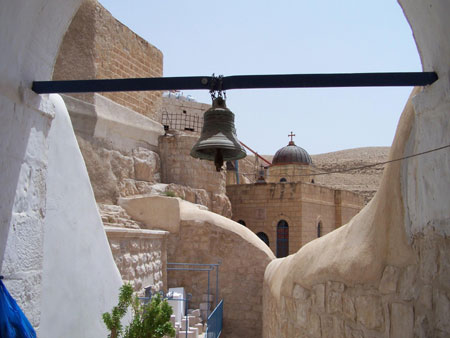 In 491, Patriarch Salustius of Jerusalem ordained him a priest. In 494, the patriarch named St. Sabbas the archimandrite of all the monasteries in Palestine.
St. Sabbas founded several other monasteries. Many miracles took place through the prayers of St. Sabbas: at the Lavra: a spring of water welled up, during a time of drought, there was abundant rain, and there were also healings of the sick and the demoniacs. St. Sabbas composed the first monastic Rule of church services, the so-called "Jerusalem Typikon", that became accepted by all the Palestine monasteries. St. Sabbas died in his lavra on December 5, 532 and is buried in a tomb in the courtyard between two ancient churches in the midst of the remnant of the great Lavra Mar Saba monastery. His relics had been taken to Italy in the twelfth century by Crusaders, but were returned to the monastery by Pope Paul VI in 1965 in a goodwill gesture toward the Orthodox.
St. Sabbas championed the Orthodox cause against the monophysite and Origenist movements of his day, personally calling upon the Roman emperors in Constantinople, Anastasius in 511 and Justinian in 531, to influence them in opposing the heretical movements.