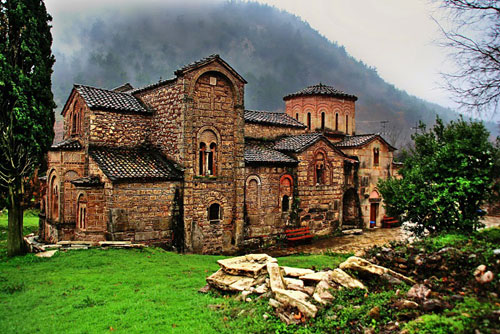 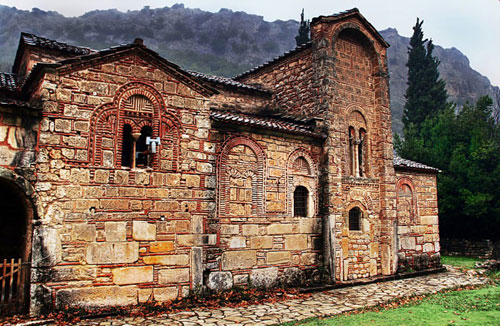 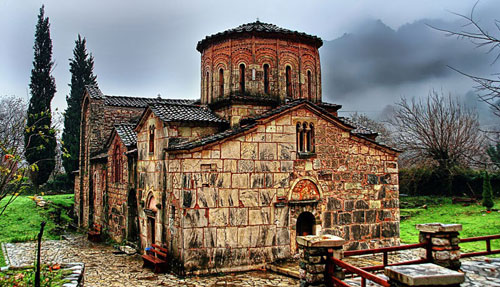 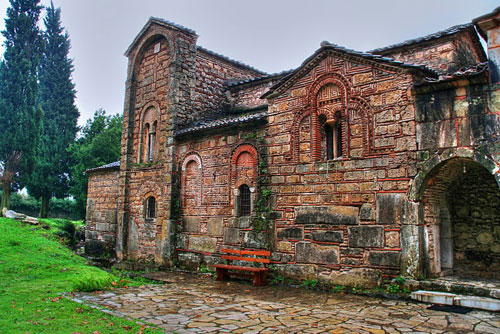 The basilica of Porta Panagia that dates back to 1264, on the north bank of the river Portaikos. The basilica of Porta Panagia was the catholic of the monastery of the Irresistible Theotokos and is dedicated to the Dormition of Theotokos. It was built in 1283 by Ioannis Aggelos Komninos Doukas (??????? ???e??? ??µ????? ????a?), the illegal son of the despot of Mystra, Michail Doukas the Second (???a?? ?' ????a?). The church is divided into two parts, the main church and the outer section. The main church is a three section cross roofed basilica, while the outer section is a cross shaped escribed dome. There are still pieces of marble decoration and structured that date back to the original ancient temple on top of which the church was built, but most were destroyed in a fire in 1855. The icons are also in need of restoration but they are still visible, though another fire in 1980 nearly destroyed them totally.