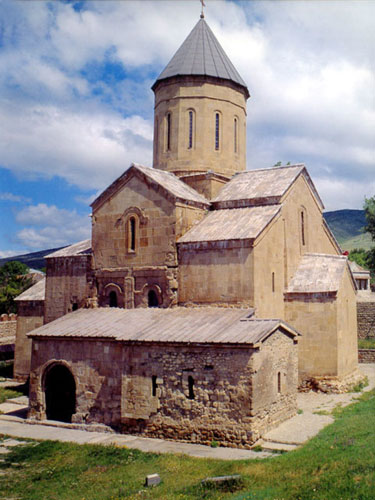 Tsilkani is a forgotten farming village northwest of Mtskheta. Its church, one of the oldest in Georgia, was founded in the 4th century by an early Bagrationi of Mukharani (Oak-Woods) the name of this valley and another now unimportant village nearby. The area has been occupied since prehistoric times. At nearby Dzalisi remnants and mosaic floors of a Roman town of the 2nd century AD.

The present church at Tsilkani, to judge from its architectural style, must date from the 12th century. Its interesting murals appear to have been painted in the middle of the 13th - as the image of Christ in the apse conch indicates.