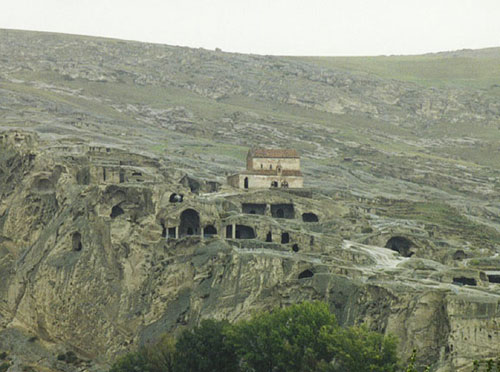 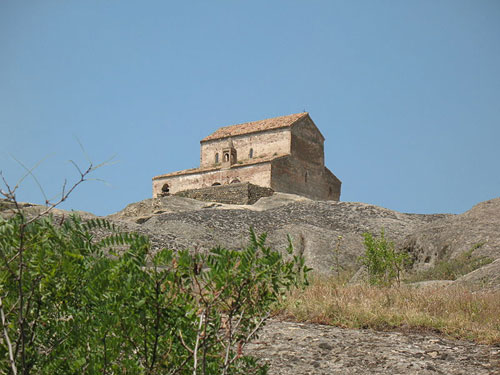 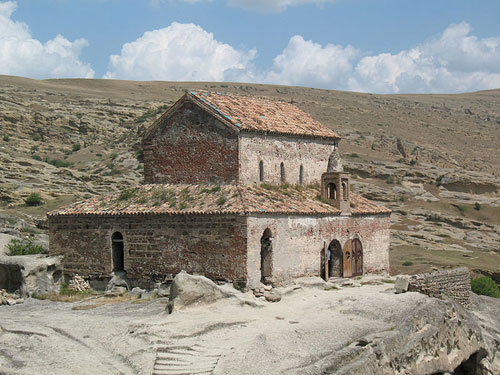 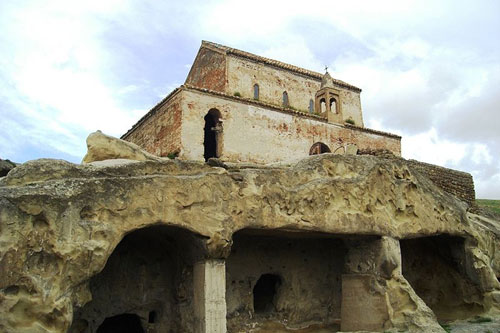 Uplistsikhe (Georgian: ?????????; literally, "the lord's fortress") is an ancient rock-hewn town in eastern Georgia, some 10 kilometers east of the town of Gori, Shida Kartli. 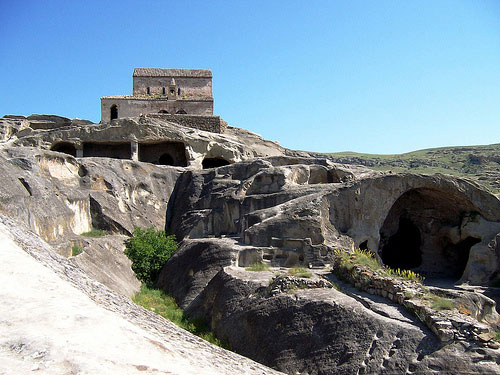 Built on a high rocky left bank of the Mtkvari River, it contains various structures dating from the Early Iron Age to the Late Middle Ages, and is notable for the unique combination of various styles of rock-cut cultures from Anatolia and Iran, as well as the co-existence of pagan and Christian architecture.

Uplistsikhe is identified by archaeologists as one of the oldest urban settlements in Georgia. Strategically located in the heartland of ancient kingdom of Kartli (or Iberia as it was known to the Classical authors), it emerged as a major political and religious center of the country. The town’s age and importance led medieval Georgian written tradition to ascribe its foundation to the mythical Uplos, son of Mtskhetos, and grandson of Kartlos.

With the Christianization of Kartli early in the 4th century, Uplistsikhe seems to have declined in its importance and lost its position to the new centers of Christian culture – Mtskheta and, later Tbilisi. However, Uplistsikhe reemerged as a principal Georgian stronghold during the Muslim conquest of Tbilisi in the 8th and 9th century. The Mongol raids in the 14th century marked the ultimate eclipse of the town; it was virtually abandoned, and only occasionally used as a temporary shelter in times of foreign intrusions. 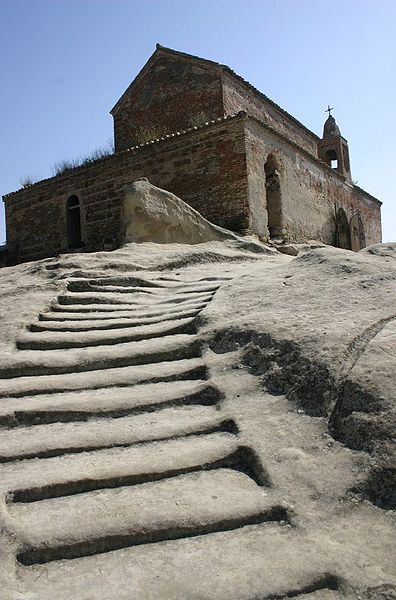 The Uplistsikhe complex can tentatively be divided into three parts: south (lower), middle (central) and north (upper) covering an area of approximately 8 hectares. The middle part is the largest, contains a bulk of the Uplistsikhe rock-cut structures, and is connected to the southern part via a narrow rock-cut pass and a tunnel. Narrow alleys and sometimes staircases radiate from the central "street" to the different structures. 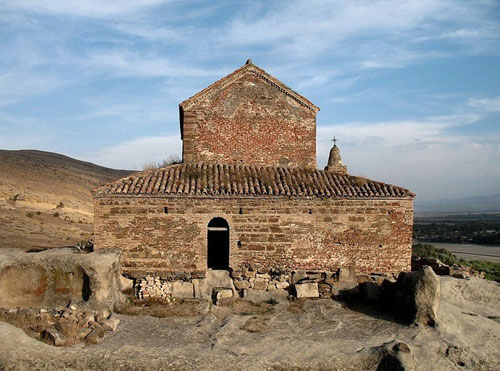 The majority of the caves are devoid of any decorations, although some of the larger structures have coffered tunnel-vaulted ceilings, with the stone carved in imitation of logs. Some of the larger structures also have niches in the back or sides, which may have been used for ceremonial purposes. At the summit of the complex is a Christian basilica built of stone and brick in the 9th-10th centuries Archaeological excavations have discovered numerous artifacts of different periods, including gold, silver and bronze jewellery, and samples of ceramics and sculptures. Many of these artifacts are in the safekeeping of the National Museum in Tbilisi. 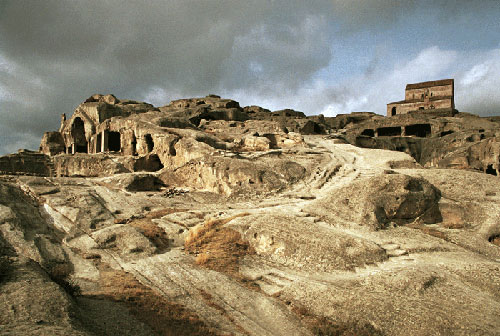 Several parts of the most vulnerable areas were completely destroyed by an earthquake in 1920. The stability of the monument still remains under an under substantial threat, prompting the Fund of Cultural Heritage of Georgia (a joint project of the World Bank and Government of Georgia) to launch a limited program of conservation in 2000.[2] The Uplistsikhe cave complex has been on the tentative list for inclusion into the UNESCO World Heritage program since 2007.